In Full Swing: The Highland Games Are Back

From caber tossing to bands and dancing

Considered the ultimate expression of all things Scottish, the traditional Highland Games combines tartan, bagpipes and brute strength in spectacular displays all around the country. This now world-famous annual event has been part of Scotland's culture for hundreds of years and continues to draw in huge crowds. Here, we explore the history of the tradition, as well as places where you can enjoy this very Scottish spectacular this summer.

The first historical reference to a Highland Games type event in Scotland was made during the reign of King Malcolm III (1057-1093). In a bid to find the fastest runner in the land to become his personal courier, he summoned men to race up Creag Choinnich, a challenging hill near Braemar. The hill race is still an annual event in Braemar today, but the winner is no longer destined for a life of servitude!

Today, there are around 100 Highland Games in Scotland every year, with The Cowal Highland Gathering, in Dunoon, Argyll, claiming to be the biggest games in the world, drawing in roughly 20,000 spectators over the three-day event. The games hosts the World Highland Dancing Championships with competitors from US, Canada, Australia taking part.

Amongst the most historic is the Braemar Gathering, which was awarded Royal Patronage by Queen Victoria and is still regularly attended by the reigning monarch and other members of the Royal Family. 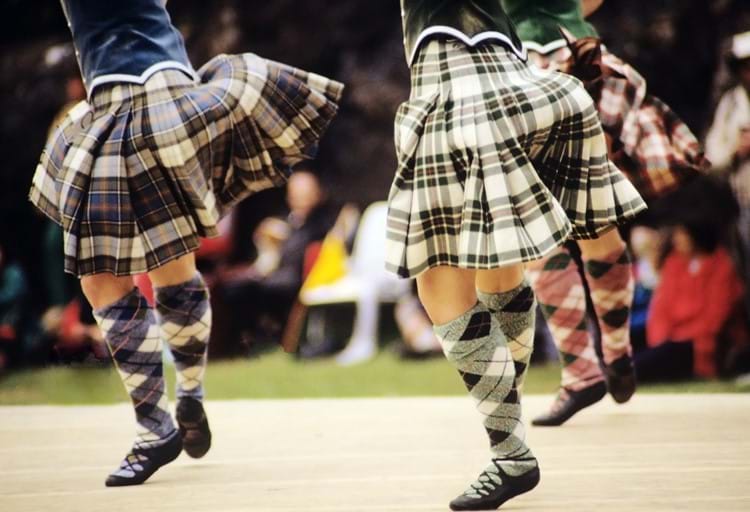 Highland dancing at the Games was originally an all-male event, and it wasn't until the late 19th century that women started to enter.

The Highland Games were also instrumental in influencing the development of several Olympic sports. The founder of the modern Olympics, Baron Coubertin, introduced the hammer throw, shot putt and the tug o' war after watching the Highland display at the 1889 Paris Exhibition. The hammer throw and shot putt are still included as Olympic disciplines to this day.

Haggis hurling began as a practical joke in the 1970s but is now a popular event at many Highland Games - there's even a World Haggis Hurling Association dedicated to the sport! The current world record was set at the Milngavie Highland Games in 2011, when Lorne Coltart hurled a haggis an impressive 217 ft.

Today, hundreds of years on from the 11th century hill run, the Highland Games have become a hugely commercial enterprise. They draw crowds of thousands and are held in outdoor spaces across the country. Built around traditional Highland sports such as the caber toss, tug o' war and the hammer throw, a Highland Games event also includes Highland dancing and music, and lots of family fun such as food and craft stalls and games. Many events will also involve livestock events, parades and even best-dressed pet competitions. Some Highland Games continue into the night with more music gigs, ceilidhs and discos.

Scotland's Highland Games are so popular, that when Scots emigrated to other lands, they took the tradition across the world with them. Highland Games have taken place in America since 1836, but also run in other countries such as Canada, Norway, New Zealand and Brazil. But there's no better way to experience them than in their original country!

Where are they held?

Though they may have started in the Scottish Highlands, the Games stretch right across Scotland from the far north coast of the Highlands, out west to the island of South Uist, east to Aberdeenshire and south to Peebles. 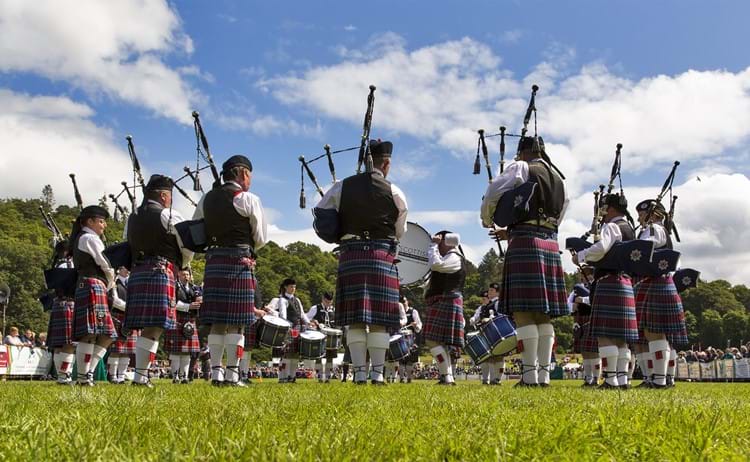 Highland Games in Scotland this summer

Dundonald Highland Games – Saturday 6th August
From traditional Highland Games to races, pipe bands, Highland dancing, drinks and food stalls. Why not soak up the Scottish culture and stay at nearby Crossbasket Castle or Glenapp Castle.

Bridge of Allan Highland Games – Sunday 7th August
Experience colourful pipe bands, elegant Highland dancers and huge strongmen tossing the caber. Enjoy a multitude of other events, stalls and entertainments spread out in a picturesque and historic setting. Stay at nearby Cromlix or Edinburgh Luxury Scotland properties such as Fingal, The Dunstane Houses and The Sheraton Grand Hotel & Spa.