We delve into the majestic past

June this year will see widespread celebrations for the Queen's Platinum Jubilee to mark the 70th anniversary of her accession in 1952. In the spirit of this regal event, we have taken a deep dive into some Luxury Scotland hotel members and other notable destinations, to explore some very royal connections over the years. 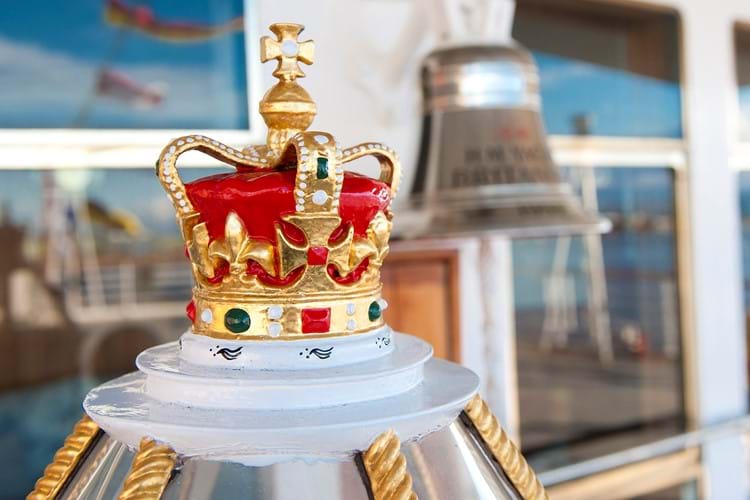 Fingal
The sister ship to The Royal Yacht Britannia, she is Scotland’s first luxury floating hotel. But before she was given a five star makeover, Fingal was a ship with purpose - a Northern Lighthouse Board vessel who was stationed for 30 years in Oban and then for six years in Stromness, ferrying lighthouse keepers, essential supplies and maintenance staff to lighthouses, as well as undertaking repairs to navigational aids throughout the West Coast and the North of Scotland. Princess Anne is the patron of the Northern Lighthouse Board, and once had a cabin aboard, when she was a working ship.

Palace of Holyroodhouse
This is the official residence of the British Monarch in Scotland. Located at the bottom of the Royal Mile in Edinburgh, it has served as the principal royal residence in Scotland since the 16th century, and is a setting for state occasions and official entertaining. The Queen traditionally spends one week in residence at Holyroodhouse at the beginning of each summer, where she carries out a range of official engagements and ceremonies. The 16th-century historic apartments of Mary, Queen of Scots and the State Apartments, used for official and state entertaining, are open to the public throughout the year, except when members of the Royal Family are in residence. 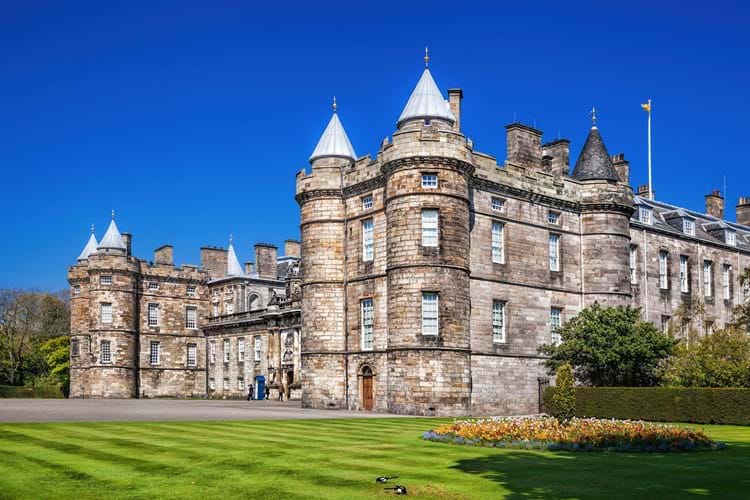 Kinross House
Kinross House is the first, and most important, neoclassical Palladian mansion built in Scotland. Described in Country Life Magazine as ‘the complete expression in stone of the Renaissance in Scotland’ the property was Sir William Bruce’s greatest masterpiece. Located between Loch Leven Castle and the town of Kinross, the Estate possesses one of the most historic views in Scotland, directly across from the 11th-century castle where Mary Queen of Scots was imprisoned and finally abdicated. She first visited Lochleven Castle in 1561. As a guest of the owner, Sir William Douglas, it was at the castle she debated the Scottish Reformation with John Knox. She later returned to this castle as a prisoner between 1567 and 1568 and was forced to abdicate the throne in favour of her infant son, James VI during her captivity. Dramatically, she escaped across the loch and went into exile in England, never to return to Scotland again. Kinross House now welcomes guests to hire the estate on a strictly exclusive use basis for private celebrations, family gatherings and the ultimate luxury, once-in-a-lifetime stay.

Inverlochy Castle Hotel
Inverlochy Castle Hotel is a beautiful 19th century Scottish castle, near Fort William in the Highlands of Scotland. The area surrounding Inverlochy Castle is rich in landscape and history, to name but a few of these breath-taking places - the falls at Glen Nevis, the monument at Glenfinnan and the mountains of Glencoe. During a trip to Balmoral in 1873, Queen Victoria spent a week at Inverlochy sketching and painting where she wrote in her diaries 'I never saw a lovelier or more romantic spot'. Nestling in the foothills of the mighty Ben Nevis, Inverlochy Castle sits amidst some of Scotland's finest scenery. 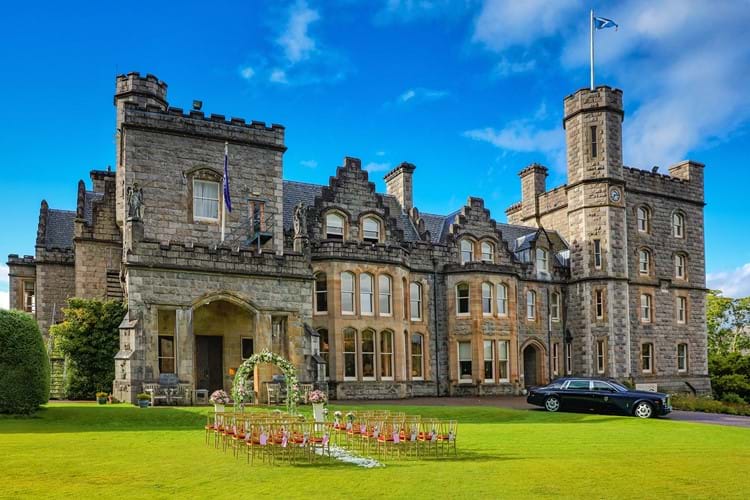 Cameron House Hotel
In its 300-year history, Cameron House has hosted towering figures from the political and literary landscapes. For three centuries, the property rested in the hands of the Smollett family, later becoming home to 18th century writer Tobias Smollett, once described by George Orwell as “Scotland’s best novelist”. Smollett would spend much of his later life travelling through France and Italy, but consistently named the bonnie banks as his favourite destination, once being quoted as saying: “I have seen Lake Garda, Albana, de Visco, Bolsetta and Geneva. Upon my honour I prefer Loch Lomond to them all.” The property remained under the family’s ownership until 1986, when it was sold off to developers who turned it into a hotel, but during the intervening years, Winston Churchill, Sir Anthony Eden as well as Princess Margaret and Empress Eugenie of France spent time as guests of the property.

The Torridon Resort
This beautiful estate is a fine example of the kind of Scottish holiday home that the English nobility enjoyed after Queen Victoria made the Highlands of Scotland “respectable” again. Built in 1887 by William King-Noel, 1st Earl of Lovelace, The Torridon was used as a hunting lodge up until the 1960’s when it opened as a hotel. Lovelace was an English landowner, Lord Lieutenant of Surrey and a distinguished scientist. The house was built during the 50th year of Queen Victoria’s Reign and guests will notice that the Hall and Eilean Chasgaig Room (the Dining Room) are dedicated to her. The Drawing Room has an unusual Zodiac ceiling, again another tribute to Queen Victoria who was fascinated by astrology.