Put your best foot forward and explore Edinburgh at your own pace. The city in spring is an ideal time to seek out some tranquil beauty spots. To help narrow down your list, our three Edinburgh Luxury Scotland hotels have put their heads together and created an ultimate guide. Each hotel is located in a slightly different area of the city, but are all within walking distance of the attractions mentioned below.
The Dunstane Houses is a family run Victorian Townhouse in the West End, The Sheraton Grand Hotel & Spa offers modern luxury and a top floor spa in the heart of the city centre while the one-of-a-kind Fingal is Scotland's only luxury floating hotel in the city's bustling Port of Leith. 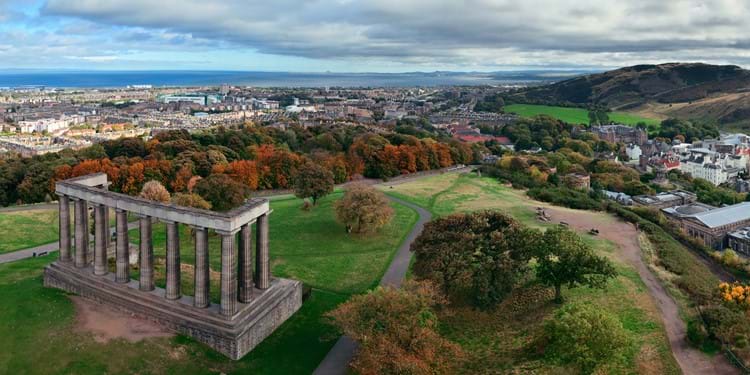 Calton Hill
Take a short but steep walk up Calton Hill and you will be rewarded with spectacular views of the city, Arthur’s Seat and Edinburgh Castle. This UNESCO World Heritage site is home to a collection of historic monuments, most notably the National Monument which was inspired by the Parthenon in Athens. On a good clear day, you can even enjoy views over to the Bridges and the Kingdom of Fife. 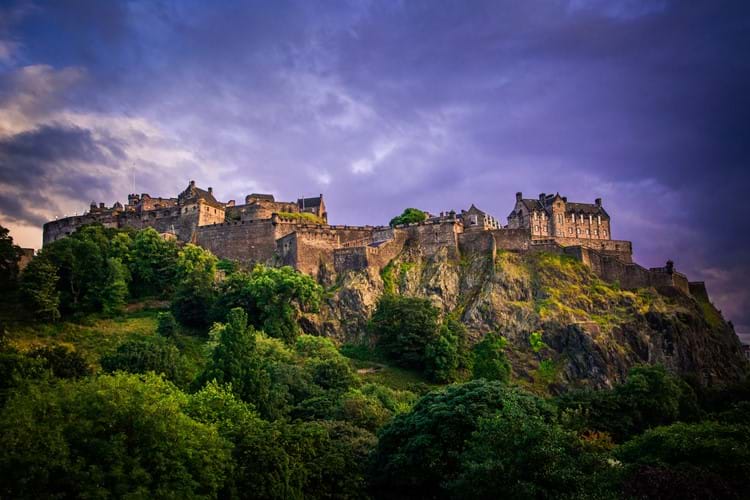 Edinburgh Castle
Atop a hill overlooking the city below, Edinburgh’s 12th-century castle dominates the skyline. One of the oldest fortified places in Europe, the castle has a storied history as a royal residence, military garrison, prison and fortress and is the perfect starting point to learn about Edinburgh’s beginnings. 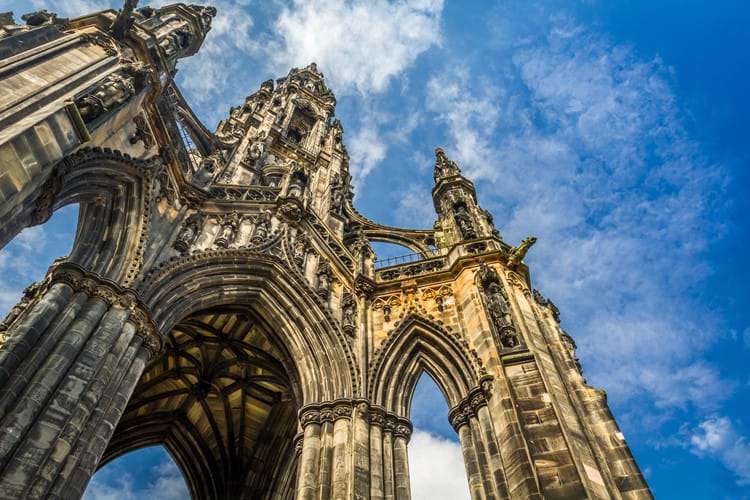 The Scott Monument
Another essential place to go in Edinburgh is the Scott Monument. Built in 1832 to commemorate the death of one of Scotland's best loved writers, Sir Walter Scott, this Gothic spire stands at the eastern end of Princes Street Gardens. The monument is the largest memorial to a writer in the world, standing at just over 200 feet high and is decorated with carvings of characters from his novels. Climb the 287 steps to the top for beautiful views of the city. Inside the monument, you can also visit the Museum Room, which holds an exhibition on Scott's life and work.

Top tip: Not a fan of heights? Not to worry, you can get a great view of the monument with your feet firmly on the ground from the bottom of Playfair Steps on The Mound. At the base of the monument, you'll also find a statue of Scott himself with his beloved dog. 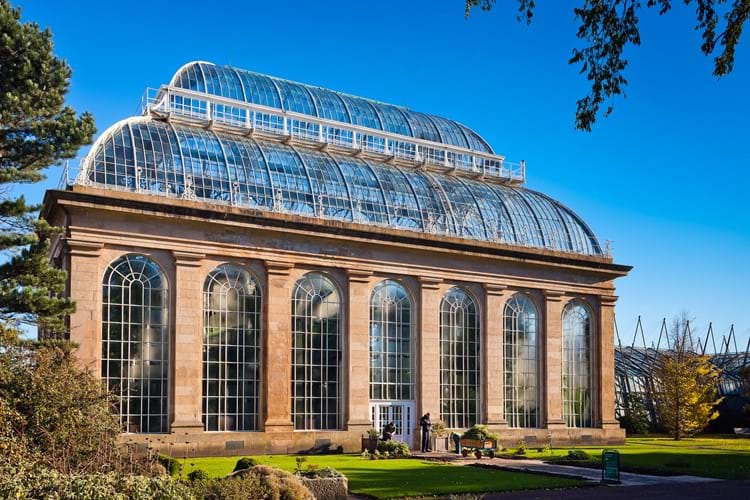 The Royal Botanic Garden Edinburgh
Loved by visitors and locals alike, the Royal Botanic Garden is over 350 years old and a world-leading plant science, conservation and education centre. Comprising over 70 acres, the gardens are within walking distance of the Dunstane Houses and offer an unrivalled view of the city’s skyline.

Edinburgh's Old Town
Explore the architectural wonders of Edinburgh's Old Town. Start at The Vennel, just off the Grassmarket, which offers one of the best viewpoints of Edinburgh Castle. Make your way up to the Castle Esplanade to check out the 360 views of the city and then continue your walk down the Royal Mile. Enjoy a refreshment in a traditional Scottish pub or explore Edinburgh’s original narrow closes. 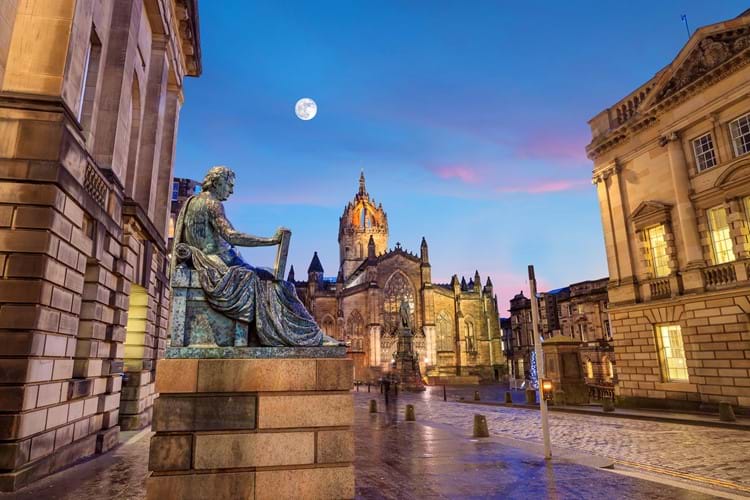 Walking Tours
Looking for a walk with a story? Our friends at Mercat Tours have just the ticket. Their history walks unveil treasures of the old town and secrets of the city’s Royal Mile whilst their ghost tours are a short, sharp shock into the city’s unsavoury past. Step down into history at The Real Mary King’s Close and explore Edinburgh’s only preserved 17thcentury street, while learning fascinating tales of plague, pestilence, murder, and intrigue from your guide on this unique tour experience. 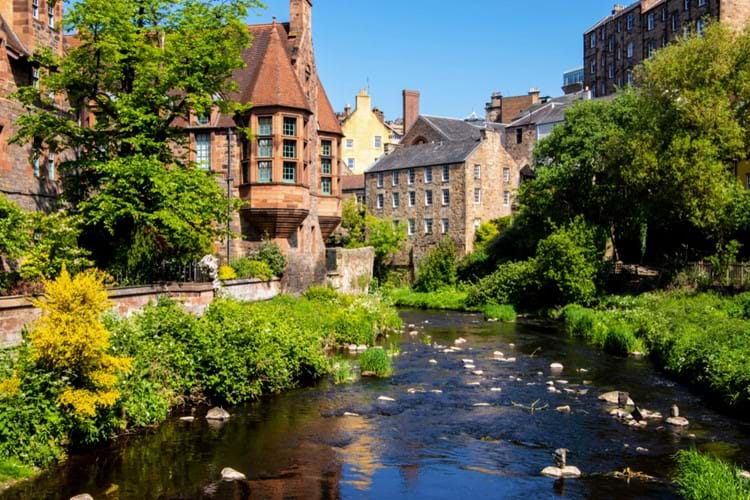 Dean Village
A short walk from Princes Street lies Dean Village, a small and beautiful collection of buildings which hark back to Edinburgh’s early industrial past. Proximity to the Water of Leith (Edinburgh’s river) was no mistake, with the power of the river being harnessed within the watermills that were built to grind grain from as early as the 12thcentury. At its peak, there were more than 10 mills as well as associated industries. Many of these survived until the 1800s, before the rise of the port of Leith as the city’s industrial powerhouse. 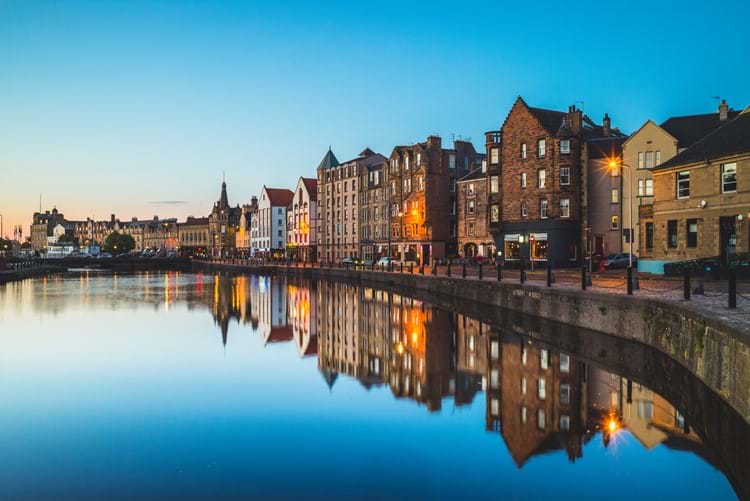 The Water of Leith
Soak up nature and take a walk along The Water of Leith, home to herons, kingfishers and carpets of flowers. The walkway passes through some of Edinburgh’s most beautiful landmarks, including Colinton Village and Colinton Dell, a wildlife refuge, The Scottish Gallery of Modern Art, Dean Village and The Royal Botanic Garden. The route is suitable for walking and cycling and some parts are accessible by wheelchair.