Five of the city's spookiest spaces

With its colourful and gruesome past, Edinburgh has a reputation as a hotbed for paranormal activity. Scratch beneath the surface and you’ll discover a host of terrifying ghostly encounters, told by those who are convinced beyond any doubt they came face to face with supernatural figures. Here, we asked one of Edinburgh’s top ghostbusters, Jan-Andrew Henderson, who has written extensive books on the subject and owns City of the Dead Ghost Tours, to list the city’s five most haunted places. While the evenings are still dark, it's the perfect time to take in an atmospheric ghost tour of Edinburgh.

The Covenanters Prison & The Mackenzie Poltergeist
In a corner of the historic Greyfriars Graveyard, you’ll find The Covenanters Prison. This walled section was once home to 1,200 members of the Scottish Covenanters, a Presbyterian group that had petitioned the King to allow freedom to practise their religion. The group were held in brutal conditions for more than four months in 1679. Only 257 made it out alive. 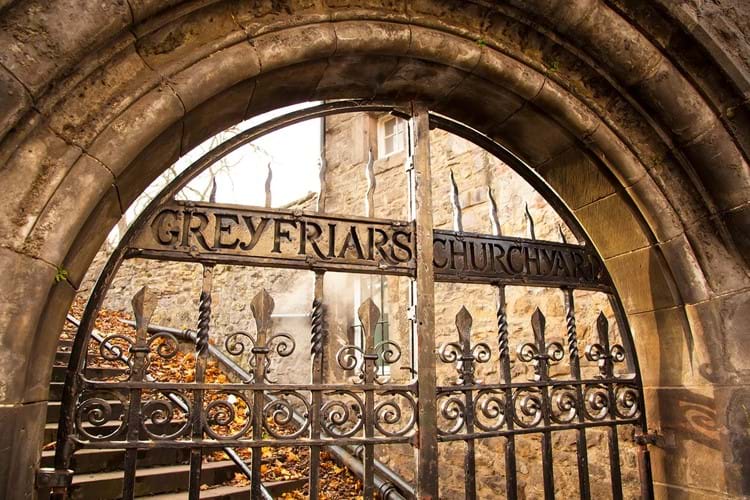 The ruthless persecution of this group was carried out by Judge George Mackenzie, nicknamed Bloody Mackenzie. In a twist of fate, Mackenzie was buried in the Black Mausoleum in the graveyard, just around the corner from the Covenanters’ Prison.

Today, his spirit is said to live on. Hundreds of visitors to Greyfriars Churchyard have claimed they have been attacked by the poltergeist, and left with scratches, bruises, bites and burn marks, with most attacks reported to have occurred near the Black Mausoleum and the Covenanters’ Prison. The Poltergeist is now generally regarded as the best documented supernatural case of all time.

The South Bridge Vaults
Hidden from view, deep beneath Edinburgh’s bustling South Bridge, lies an ancient network of vaults constructed in the late 18th century. Originally they were used as storerooms and also housed taverns, cobblers, a distillery and other trades, but the vaults soon become home to some of Edinburgh’s poorest residents.

It is estimated that dozens of men, women and children succumbed to disease in the vaults and met their end while attempting to live within its harsh environments. The vaults were eventually blocked up and forgotten about, but in the late 1980s they were sensationally re-discovered.

Paranormal experts say the South Bridge vaults is one of the most haunted places in the UK, on account of the sheer number of disturbances recorded there, which include voices and apparitions. Some visitors to the vaults have even reported physical contact, usually in the form of scratches and bruises to the skin.

Mary Kings Close
This eerie 17th century underground street is a dark maze of closes, that would have originally been narrow walkways with homes on either side. Many of these dwellings were up to seven stories high, so living conditions were packed and squalid. 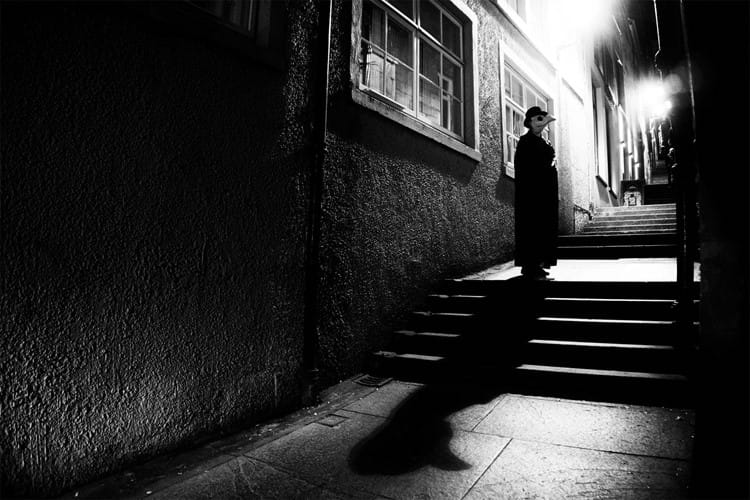 When the plague broke out in 1645, many residents relocated to nearby Burgh Muir while others chose to stay. Those suffering from the plague would signal they needed food and coal by hanging a white flag outside their home. Many residents died a lingering, painful death trapped in these squalid rooms. In the 18th century, part of the close was demolished and buried and was only rediscovered many years later.

Today, it is known as one of the most haunted places in Scotland, with visitors reporting seeing apparitions of those who lived and died there. One of the most heavily documented sightings is that of a little girl called Annie. According to one medium, the girl told her she had died of sickness in 1645 and was lonely as she had lost her only doll. Ever since, many visitors have left dolls and gifts in the room where she was spotted.

Edinburgh Castle
The castle is  reported to be haunted by several apparitions - hardly surprising given its age and history of conflict. It is thought there has been a settlement on the castle rock since about 850AD, and over the years it has witnessed death, torture and executions. Many visitors have reported seeing apparitions and shadowy figures, as well as being touched or pushed by unexplained forces. Some of the more well documented ghosts include the Dung Prisoner. Legend has it that this unfortunate prisoner tried to escape the dungeons by climbing into the dung barrow, thinking he would be wheeled, undetected, out of the castle to freedom. However, he hadn’t realised that the dung was tipped down the craggy castle slopes. He died after being dashed on the rocks, covered in human waste. To this day, visitors claim that his ghost tries to push them from the battlements, with the stench of dung also mysteriously appearing. 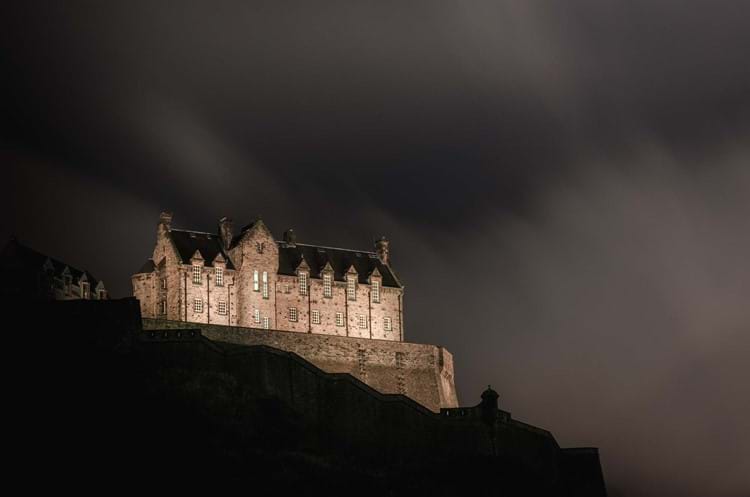 The Scotsman Hotel, North Bridge
The former Scotsman Newspaper Offices was once rife with ghostly activity, according to various accounts. When operating as a national newspaper, a security guard claimed he ran into a deceased former employee while another stumbled upon a bearded phantom printer, sporting old-fashioned clothes and carrying antiquated printing plates.